At Nucraft, we believe in beautiful connections. With interior trends. With industrial design leaders. Between craftsmanship and technology. All with the ultimate goal of helping people make connections with each other. 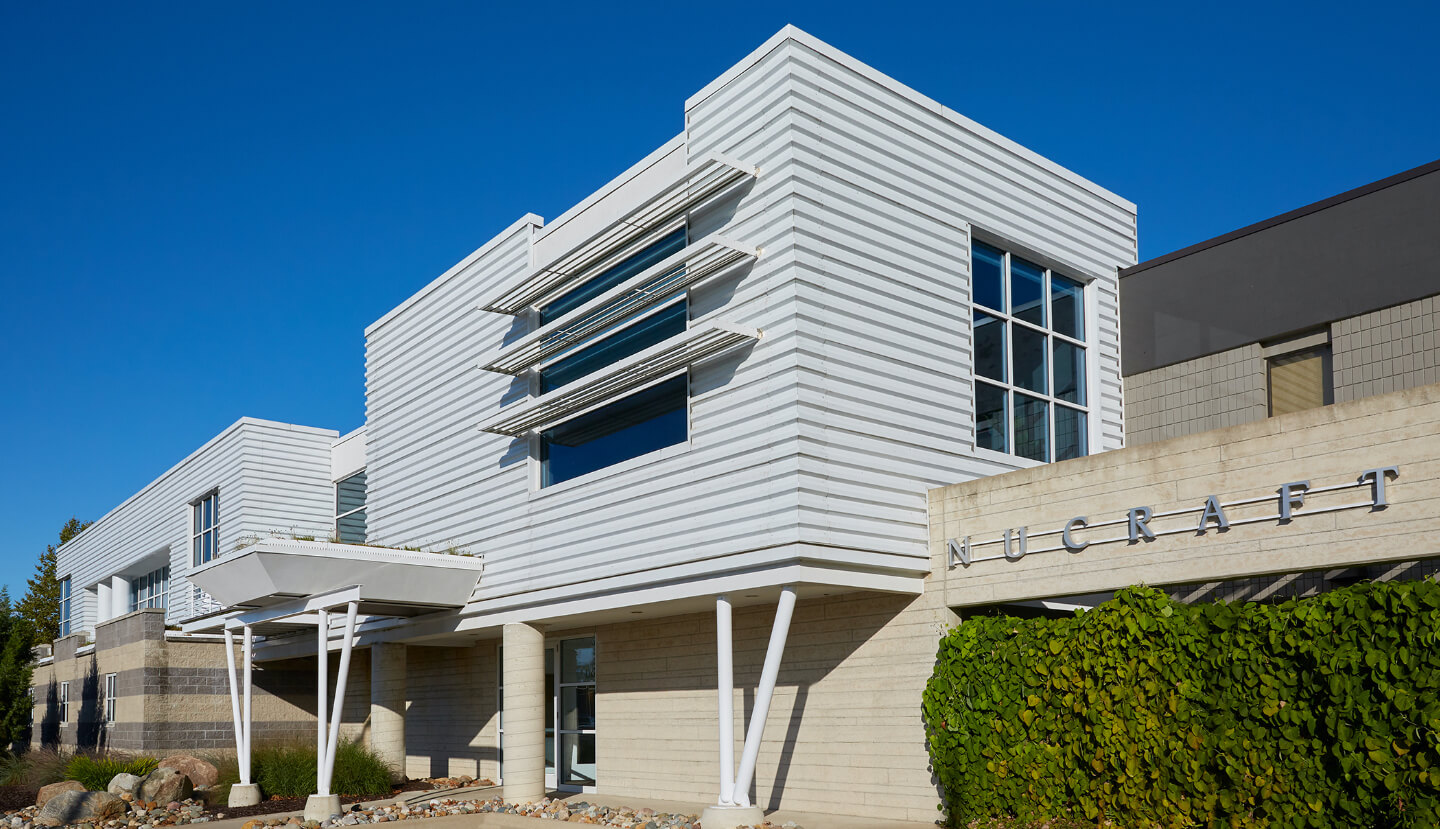 At Nucraft, we believe in beautiful connections. With interior trends. With industrial design leaders. Between craftsmanship and technology. All with the ultimate goal of helping people make connections with each other.

At Nucraft, exploring ideas that are tailor-made for your clients is part of our DNA. We excel at offering a clear and creative design and engineering process that provides a final product as exacting as your client.

Working together with our customers has been business as usual at Nucraft for over 75 years. We understand that getting to know you and your goals is just as important as knowing our product in the work of bringing your ideas to reality.

No matter the size of your project, Nucraft has the capacity. Our 300,000 sq.-ft. manufacturing facility can confidently handle a wide range of project sizes. Our vertical integration allows us greater control over our processes, fast and flexible response to accommodate change, and continuous improvement advantages.

Our tight focus on your needs continues through installation. We are here to ensure your project meets all your expectations. A Nucraft project manager will be your go-to expert to immediately answer your questions, deal with any issues, and keep you posted on progress.

Founded in Grand Rapids, Michigan, in 1945 by George W. Schad, Nucraft’s early days were built upon an idea to craft solid walnut Chippendale office accessories, such as coat racks, letter trays, and wastepaper baskets. These served as a complement to elegant office desks from manufacturers such as Stow Davis.

In the 1960s and 1970s George’s son, George Jr., led the company and expanded into occasional tables, bookcases and desks. The company’s growth rates were consistent, driven largely by US government clients.

Tim Schad joined his father, George Jr., in business in 1979 and made the strategic decision to expand aggressively into a complete set of products that could completely furnish the rapidly growing category of conference rooms, combined with a strong capability of producing custom solutions. This resulted in strong growth and business success.

During the 21st century, Bob Bockheim set into motion a new path of design excellence. Recognizing that interior designers and contract dealers were driving more of the decisions, Bob engaged top industrial design talent to help expand the product line and incorporate advanced technology solutions. Included in that was a decision to create premium casegoods and private office solutions.

In 2014, the Schad brothers of Matt and Brandon assumed leadership roles in the company. Recognizing a need to build upon the exceptional foundation of those before them, they are driving Nucraft to remain a leader in meeting space furniture and private office solutions.